Find your next adventure!

SkiResortGuru.com will help you find the best mountain destination for you. 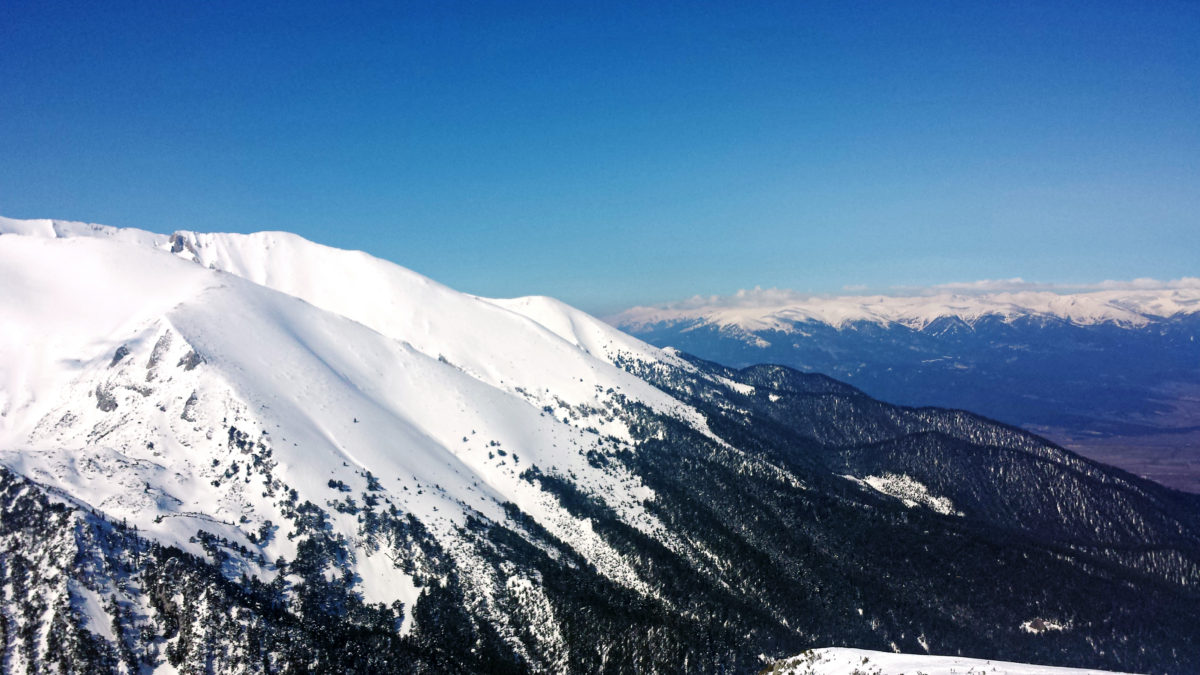 “Bansko is the largest ski resort in Bulgaria and with Kopaonik (Serbia), one of the best in south eastern Europe. Affordable accommodation, great night life and low price ski pass/ski school/equipment packages are main selling points. Bad thing about Bansko is gondola which takes skiers/snowboarders from the village to the rest of the resort and horrible big queue. Slopes are best suited for beginners. Old part of the village is beautiful (small stone houses and cobbled streets) but there is lot of new development going on (big number of building sites and half-finished apartment blocks and hotels). Domestic and British tourists dominate the resort. Bansko is often compared to Borovets (second most famous Bulgarian resort). Find out which destination would suit you more hear.“ 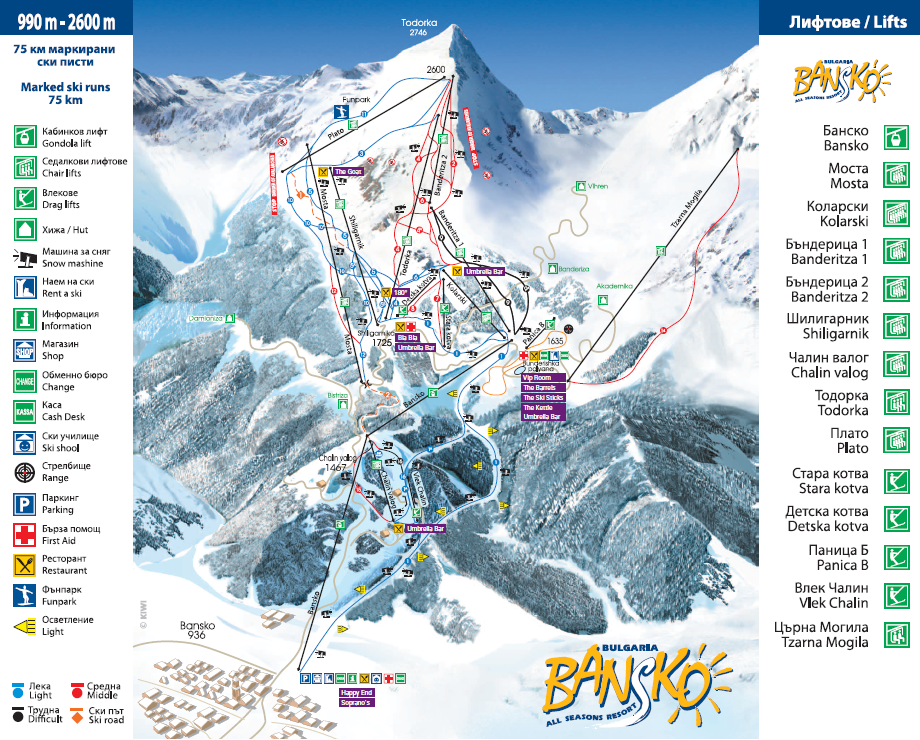 Bansko has 65 km of pistes. Top of the area is at 2.600 m above sea level. Orientation of the slopes is to the north and when you add snow making machines we can say that snow reliability is great. New investments in last 10-15 years transformed the resort from old eastern European village into modern ski centre. Blue slopes are dominant, even reds are not tricky at all. The hardest piste is called Tomba after Italian ski superstar. It is venue for women world cup races (if you want to try it avoid middle of February because it is closed due to preparations for the race). Grooming is not up to standards met at Alpine resorts in western Europe.

Lifts are pretty fast except gondola which takes you from the village to the rest of resort. Queue in the morning is gigantic and in the peek months (beginning of the January and middle of February) you will have to wait from one to two hours at least. TIP: you can get there early (before 8 o’ clock) or you can catch taxi or mini bus which will take you to the base of other lifts (this will cost you around EUR 5 and when you add it to the price of ski pass you have already paid, you would see that you could have bought ski pass in Austria or France).

Ski pass is around EUR 170 (6 days) and if you add only EUR 20-30 you will be able to get equipment rental and ski school (great value for package). There is piste which will take you from the top of the gondola to the village, it is almost flat from the gondola mid station, better avoid lower half and take gondola back to home.

Views are nice, wooded areas surround biggest part of the resort. Concentrate on slopes since there is big number of ski schools and beginners who don’t know what they are doing. 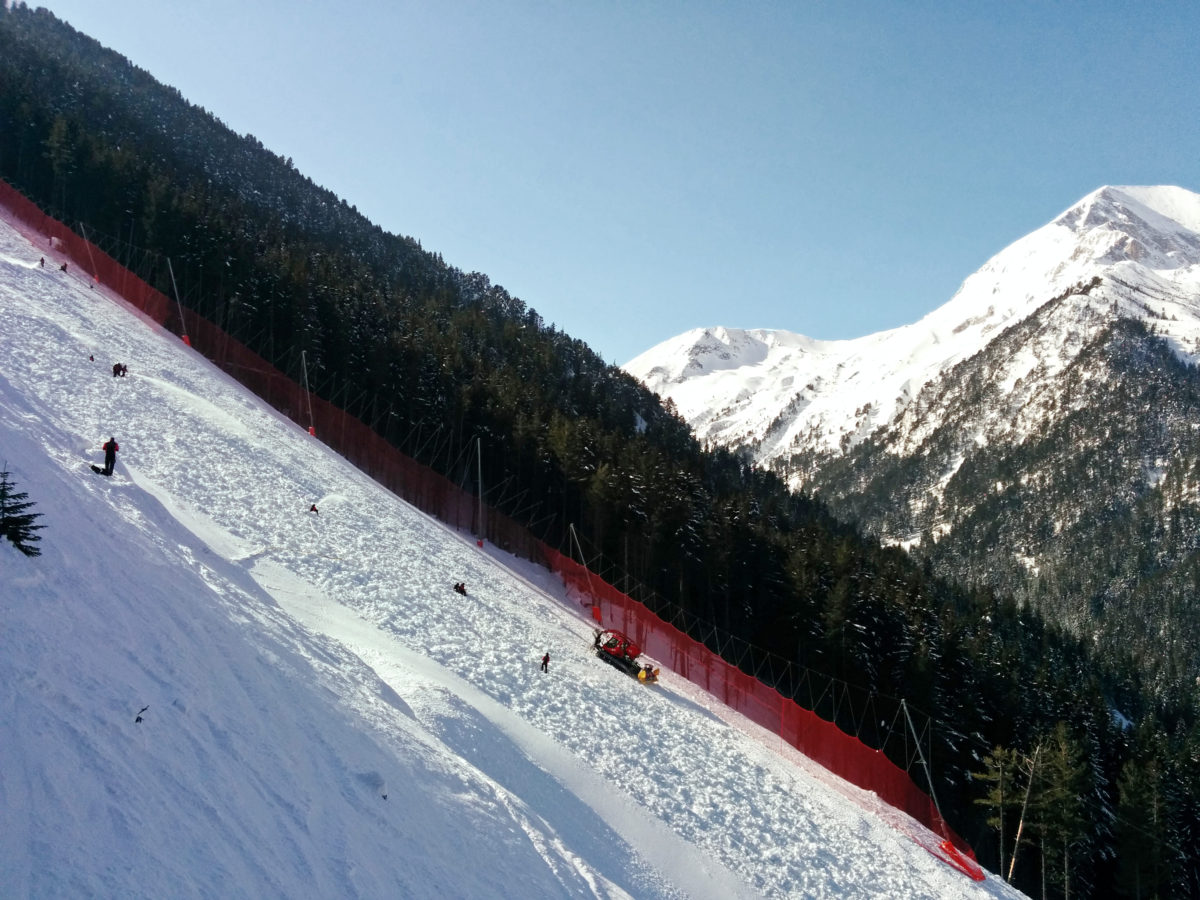 If you want to ski off piste in Bansko you will be mainly skiing in wooded areas around Todorka lift. You will also find some interesting short lines between trees around Mosta lift. The best idea is to hire local guide for a day because spots around Todorka are not easily found and are prone to avalanches (there were several lives lost in past few years).

Bansko has small snow park just by Plato lift. It has 4 kickers (2 for beginners and 2 for advanced riders) and also several rails, rainbows and fun boxes. You will find natural elements (small kickers, walls etc.) all around the resort, hence you will have lot of fun even outside the park.

HOW TO GET TO BANSKO

Bansko is situated in south western part of Bulgaria around 180 km from Sofia airport. It will take you around 2 and half hours to get there from airport by car.  If you are driving be careful of local police and speed controls, mafia disguised as police, tyre punctures and people who will try to help you (and rob you in the process)… Maybe the best choice is to arrange transfer with driver because you won’t need a car at the resort anyway and you won’t have to think about rental, police, mafia etc. If you want to take a bus from airport you will have to go to Sofia bus station first and then catch a bus for Bansko.

If you prefer train you will have to catch one to Septemvri, place where you will change your raid and catch another one for Bansko. I haven’t had train ride in Bulgaria but judging by the looks of their trains it would have been very long journey.

WHERE TO STAY IN BANSKO

Bansko hotels are really reasonably priced. You will have big number of 4 and 5 star hotels to choose from. All of them have indoor pools with spa zones, ski equipment storage areas, restaurants, buffet breakfast and dinner, and big lounge areas. Mainly they are not as good as same number of star hotels in western Europe but still they offer good value for money. More expensive ones are near base station of gondola (you will be able to get to gondola by foot) and cheaper ones are usually further away but they have free mini bus transfers (in the peak season in some hotels you will have to get to the bus station in front of your accommodation early in order to earn a spot on a bus). 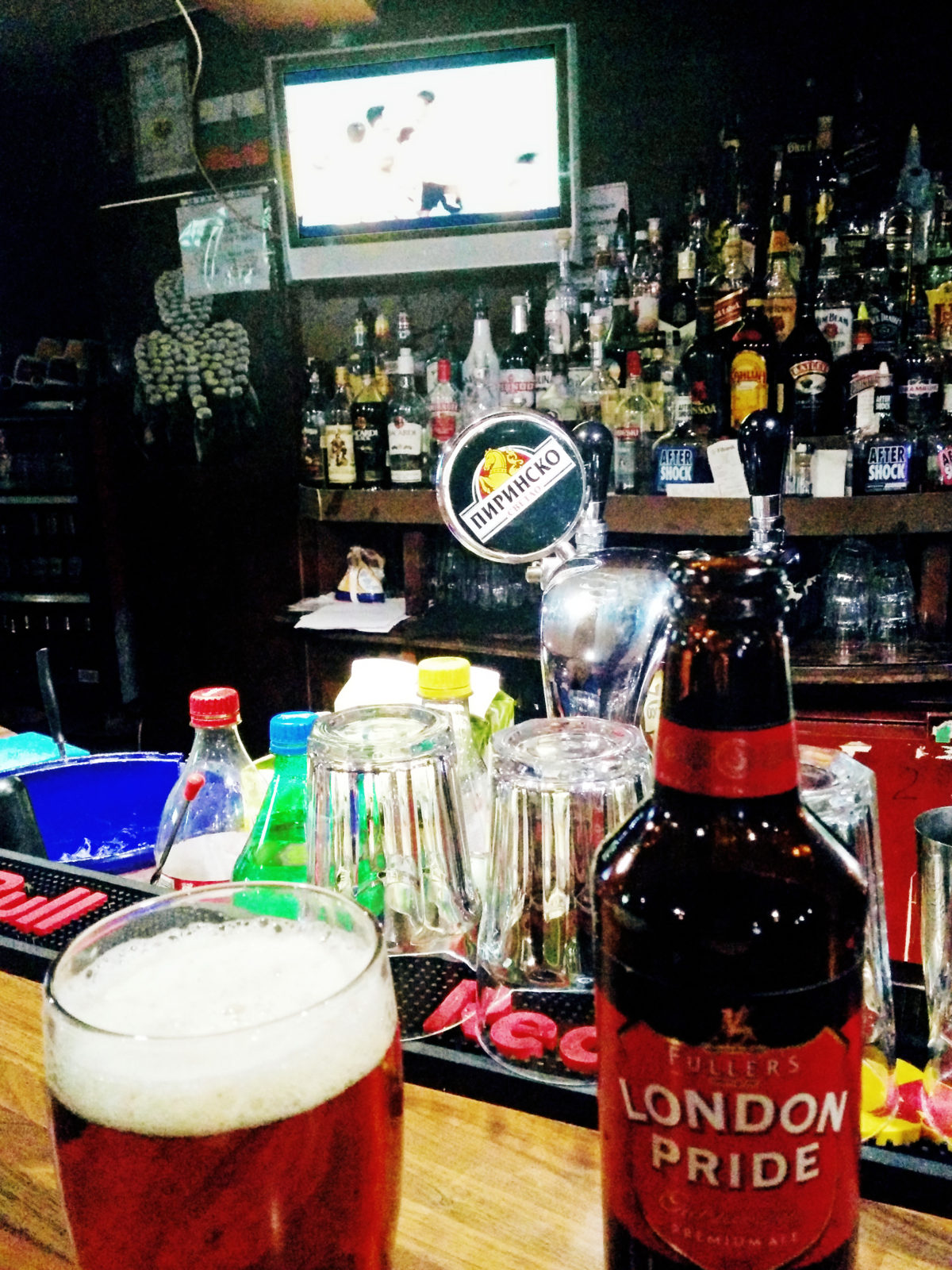 WHAT TO DO AFTER DAY ON SNOW (APRES-SKI) IN BANSKO

Bansko excels in affordable restaurants and night life. Traditional inn is called “mehana” in Bulgarian and village is full of them, you should try local specialties and rakia (spirit made of fermented fruit, strong as hell).

If you want to make brake during your day on snow you can go to the top station of the gondola where you will find several places with food and drinks.

Euphoria near gondola base station has all kinds of food (we tried pizza and it was great). Visit Lion’s Pub, they have great selection of British beer (London’s Pride, Hobgoblin, Kilkenny) you can also watch football matches on TV and grab something to eat there. Don’t miss Victoria Restaurant one of the best in Bansko.

Explore village centre, narrow streets and small houses, go back in past. Pirin Street is full of souvenir shops and stores specialized mainly in ski and snowboarding equipment. 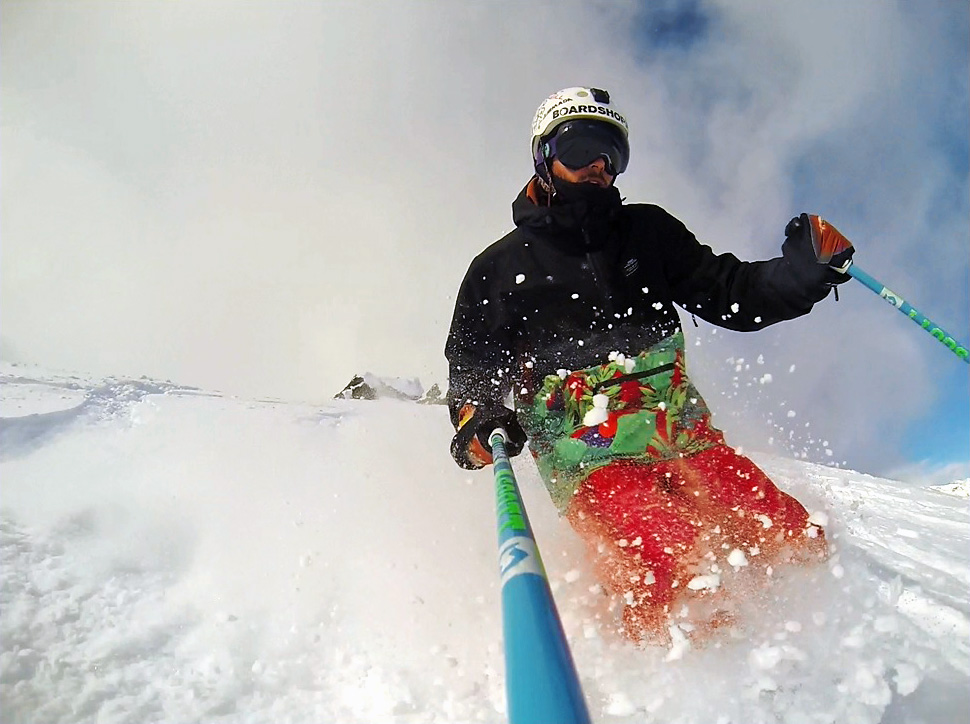 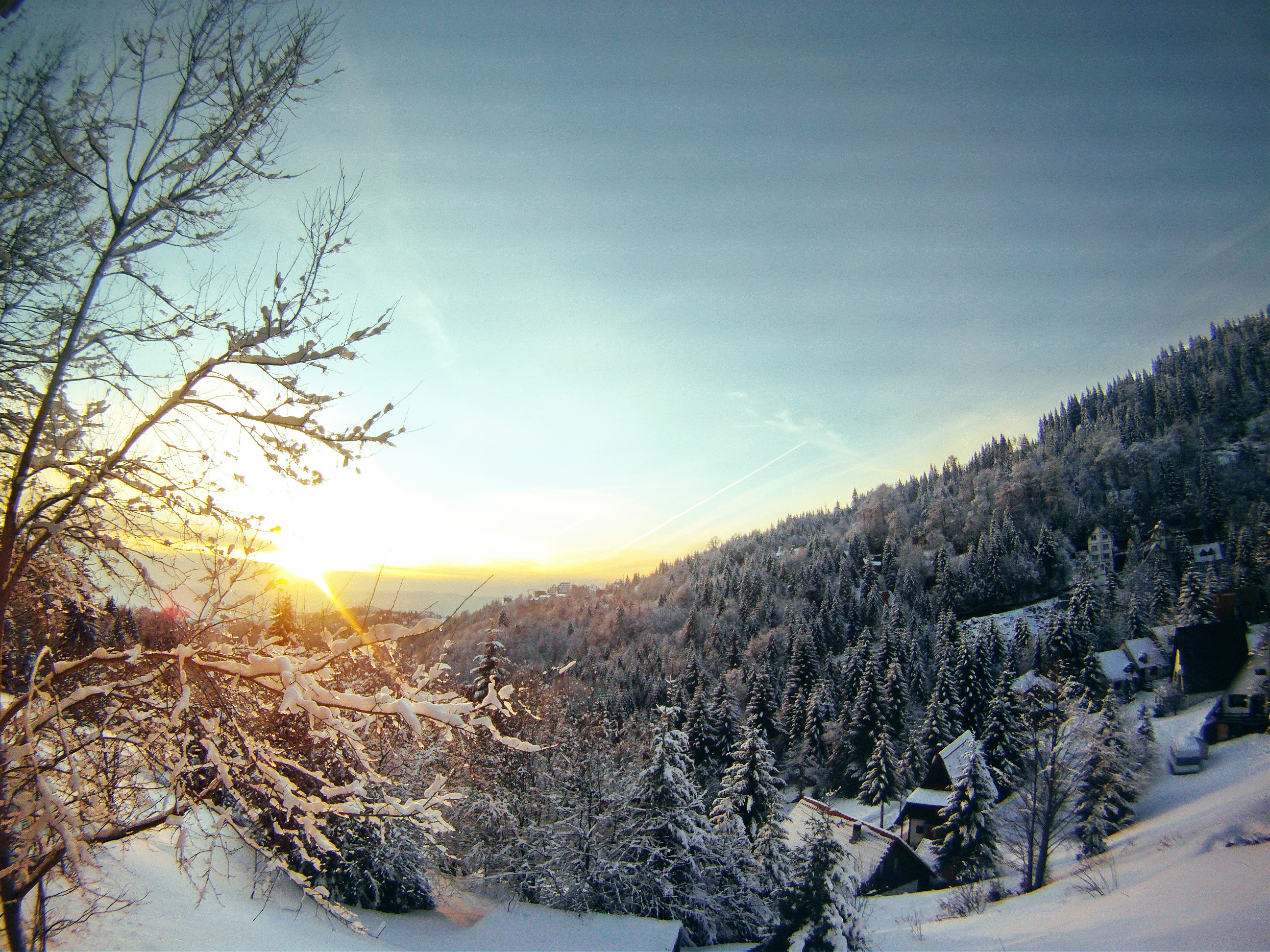 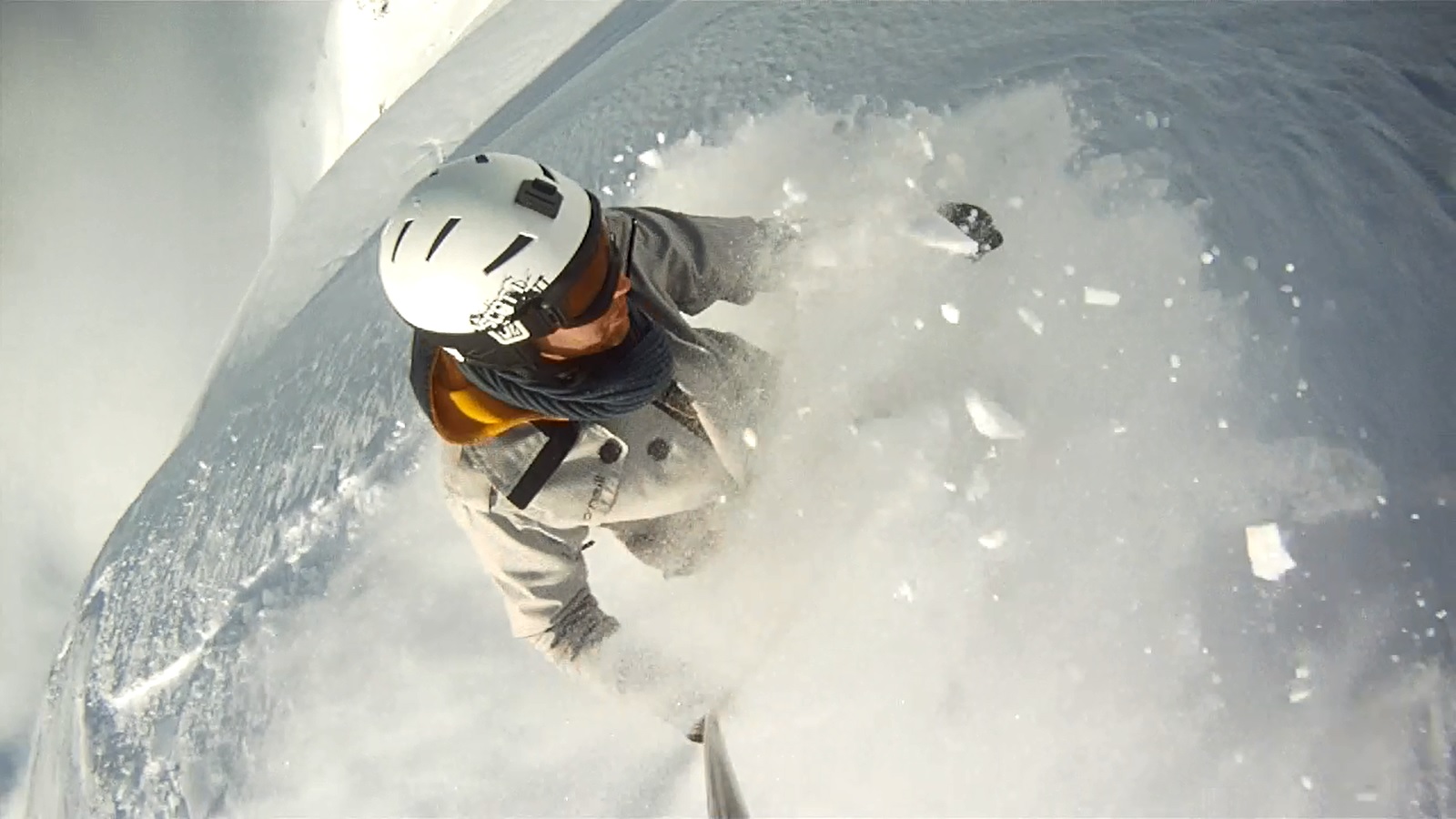 Mountains are my first love. I started skiing at the age of four, and I have never stopped since. My team and I made this web site in order to help all skiing enthusiasts choose the resort which will suit them the most. 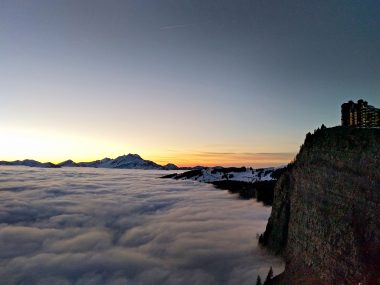 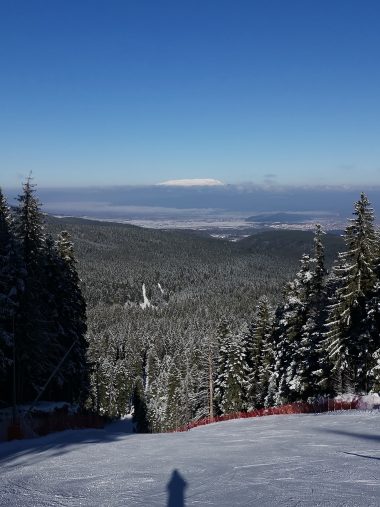 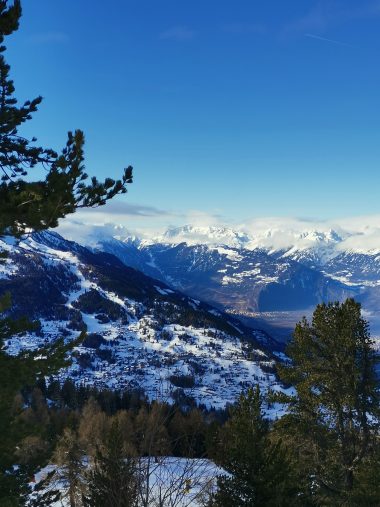 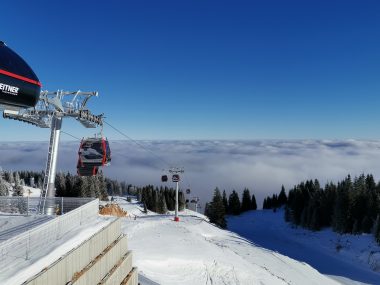